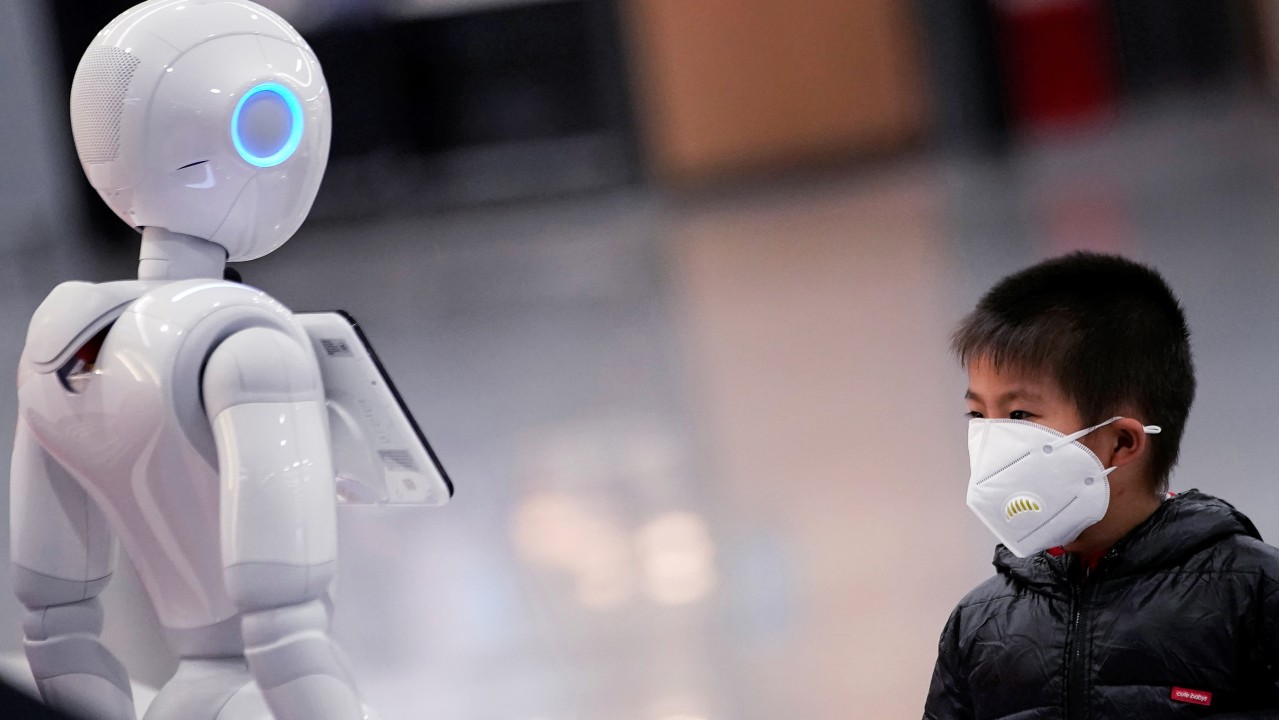 The novel coronavirus that first appeared in mainland China has now spread across the world, with more than 82,000 reported cases and nearly 3,000 deaths, as of Thursday. And right alongside the outbreak is the deployment of myriad types of AI-powered tech that is now being put on full display.

New technology like infrared thermometers — potentially unreliable devices known as thermometer guns” — are becoming increasingly commonplace in China, where health workers regularly check people’s temperatures. Somewhat behind the scenes, however, more futuristic technology powered by artificial intelligence is helping to identify coronavirus symptoms, find new treatments, and track the spread of the disease. Meanwhile, robots are making interactions with and treatment of sick patients easier. Powerful surveillance tech — including facial recognition-enabled cameras and drones — is also helping find people who might be sick or who aren’t wearing masks.

For now, most of this tech has been deployed in China, though it’s worth keeping an eye out for it elsewhere. Like the virus, the deployment of this next-generation tech is bound to spread.

Coronavirus has cleared the way for robots and drones
Coronavirus is contagious and hard to contain, which means that it’s safer for many human-to-human interactions to be done remotely. Both in hospitals and in public, remote communication means that patients avoid transmitting the disease and health workers save time on simple tasks. This has cleared the way for robots and lots of other automated technologies to help out. Now, robots are being used to disinfect rooms, communicate with isolated people, take vital information, and deliver medications (and anything else someone might need).

Near Seattle, for instance, a robot helped doctors treat an American man diagnosed with the novel coronavirus. The robot, which carried a stethoscope, helped the patient communicate with medical staff while limiting their own exposure to the illness.

UVD Disinfecting Robot
Meanwhile, Chinese hospitals are now shipping in robots from the Danish company UVD Robots that can disinfect patient rooms, according to a statement. UVD Robots says that its roving robotic pods work by emitting ultraviolet light throughout an area, killing viruses and bacteria, including the coronavirus. (The robots are remotely controlled by a device operated by a health worker.)

Self-driving vehicles are even delivering supplies to medical workers in Wuhan. As CNN noted, the Chinese e-commerce company JD.com has been moving packages short distances to a hospital.

Flying robots, also known as drones, are also in the mix. Shenzhen MicroMultiCopter said in a statement earlier this month that it is deploying drones to patrol public places, spray disinfectant, and conduct thermal imaging. Chinese officials have used drones to track whether people are traveling outside without wearing face masks or violating other quarantine rules.