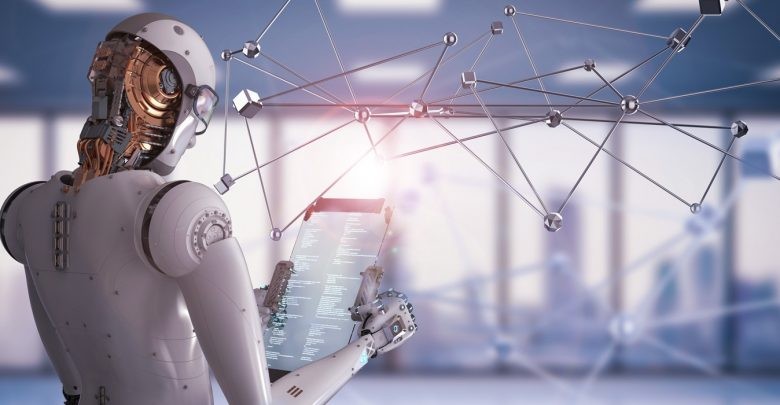 It is important to note that these findings are taken from statistics revealing percentages calculated from the observation of Fortune 500 companies. The Fortune 500 companies are recognized as the most profitable in the United States. The study shows finding that 29% of developers have worked on AI and machine learning in recent years. The findings have come from a Forrester study.

Based on the Forrester team results, believing they can make predictions about artificial intelligence for 2020, I give their findings in this piece.

The implementation of intelligent automation of certain processes.

According to Forrester, 25% of Fortune 500 companies plan the implementation of hundreds of Intelligent process automation (IPA) processes. In other words, the automation of specific tasks through the use of artificial intelligence.

Thus, as part of the AI implementation involves specific automated robotic tasks. Companies will use text analysis and machine learning in particular to process a set of incoming emails and documents. Concerning the implementation of automatic responses or chatbots (robotic discussions), – programs are designed to converse with Internet users or customers in the guise of a human – also called conversational agents.

These conversational agent programs are also supposed to save time, especially for HR employees and IT (Information Technology) teams. There will need to be certain monitoring tools using Machine learning for Big Data processing. The programmers having previously created algorithms allowing the computer to sort the data.

The more the algorithms sort the data, the more AI will be able to recognize the data that’s considered normal — and be able to find the data testifying to abnormal behavior. The human operator is, therefore, directly directed by the machine towards abnormal behavior and can focus more quickly on the corrective measures to be taken.

The increase in investment in this type of automatic process is partly due, according to the Forrester firm, to the anticipation of an economic downturn linked to the economic recession in China.

The economic recession in China could risk raising interest, which could dampen not only consumption and investment but also reduces the market value of companies. Reducing market value is especially true in technology companies. The tech businesses have valuations that are highly dependent on the growth of profits in the long term.

No wonder companies are looking to develop the sectors to ensure the efficiency of their services. This type of targeted automation is also quicker to set up, and less costly than a transformation towards AI innovation projects, requiring a long-term investment, specifies the report.

As the AI market grows and computing platforms struggle to be recognized as the fastest, most scalable, and least expensive to deal with artificial intelligence workloads. Benchmarks of the industry should play an increasingly important role.

Last year, the MLPerf benchmarks stood out as the benchmark in terms of competitiveness. All players, from Nvidia to Google, boasted of superior performance on these tests.

In 2020, AI benchmarks will be a crucial element of the marketing strategy, and this segment will only become commonplace over time.

A development far from weakening in the face of certain reluctance or questioning.

Forrester sited dangers linked to the use of artificial intelligence. A few examples of the risks are disinformation due to the filtering of certain algorithms on social networks, mass technological surveillance thanks to facial recognition (as is the case in China), the proliferation of “deep fake” videos thanks to the intelligent permutation of faces or algorithmic discrimination.

Reproduction of discrimination in society.

AI can show (either by genuine or fake means) an unmatched amount of data. The data can present a lack of diversity and reproduce the discriminations of our societies. We were able even to witness the origin of an accident caused by an autonomous car from Uber, for example.

All of this will not diminish AI investment in companies in 2020, according to Forrester. These incident reports will lead to demonstrate the importance and the need for AI and to be “transparent” in its use. Additionally, the AI findings will show areas begging the need for improvements to be made — all described in the Forrester report.

According to Forrester, the implantation of AI in companies will necessarily encourage managers to take the necessary measures to facilitate the work of developers in Machine Learning. For the most part, companies spend more than 70% of their time recovering all the data essential to the proper functioning of their programs.

AI in SaaS mode reduces the demand for data scientists.

Since last year, the machine learning offered as a service from suppliers such as AWS, Microsoft, Google, IBM, and others have gained momentum.

As the trend for AI picks up, more and more business users will rely on these cloud providers to meet more of their AI needs. Cloud providers will allow businesses to move from teams of data scientists employed internally.

By the end of 2020, SaaS providers will become the primary providers of natural language processing, predictive analytics, and other AI applications. These AI applications will include tools such as platform services and DevOps tools.

Companies that will continue to support internal AI initiatives will further automate the roles of data scientists, so they will not need to hire new machine learning modelers, data engineers, and support workers. Over the decade, most data scientists will be recruited primarily by SaaS and other cloud providers.

By the end of 2020, most companies will implement real-life experiments in all business processes, both in contact with customers and those in the back-end.

As businesses turn to cloud providers for their AI tools, features like those launched recently by AWS will model iteration studios, and tracking devices. There will be Multi-model experiences and model-tracking dashboards. All of these features will become the norm in 24/7 AI-based models of professional application environments.

Over the decade, AI-based automation and DevOps capabilities will spawn a universal best practice for optimizing AI-based business processes.

The work of modeling AI developers automated by AI

Neural networks are at the heart of modern AI. In 2020, the work plans of corporate data scientists will begin to incorporate a new methodology based on AI called “neural architecture research,” it is intended to automate the construction and optimization of neural networks according to objectives.

As it is adopted and improved, research into neural architecture will boost the productivity of data scientists, help them make decisions to build their models based on established machine learning algorithms, such as linear regression and random decision tree forest algorithms, or any of the latest and most advanced neural network algorithms.

By the end of 2020, the legal managers of most companies will ask their teams of data scientists to record each step of the machine learning process automatically and to explain in plain language the automatic inference induced by each model. Over the next decade, the transparency of AI projects will be decisive for obtaining funding.

Finally, it can be safely assumed that, in the coming years, demands for AI-based capacity regulation for all products. We will especially see those products that use personally identifiable information – will increase.